Today is my last day with rowan. She's going to day care Monday.
and Im leaving to move back to LA on Monday.

Im living in Drakes house while he's on tour for the rest of October and the beginning of November. and while I'm doing that I'm going to be looking for an apartment.

I'm excited to be coming back to where I have friends and things to do all before winter. its too depressing to be here in the winter. and I have friends but they all have kids and its just different here.

My job is just too busy and theres so much more I can do out there career wise. it all makes sense.
I'm driving alone. which kinda sucks but I don't mind much. just a few days. a lot of podcasts and time to think. I have a wedding in AZ on the 7th so I need to meet everyone there on the 6th. thats my timetable. its not too bad tho. no huge rush.

I think I am making the right decision. I feel less worried about it than I did moving back here...
I just really am tired of being alone. and am ready to find someone to actually date me. so that would be nice. thats what I'm missing. and now that I'm yet another year older... it bums me out more. of course.

but I can't dwell on it. too much else going on. 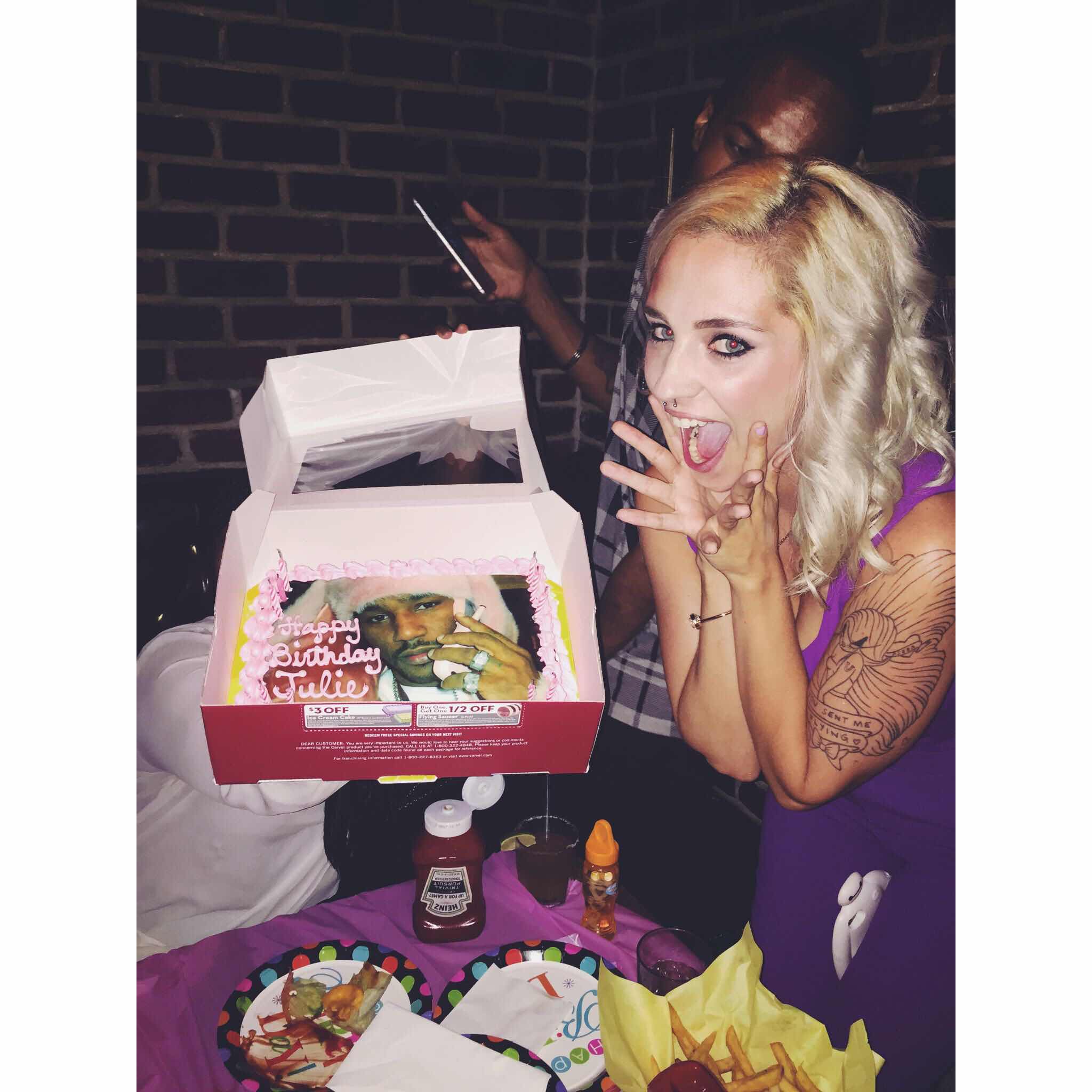 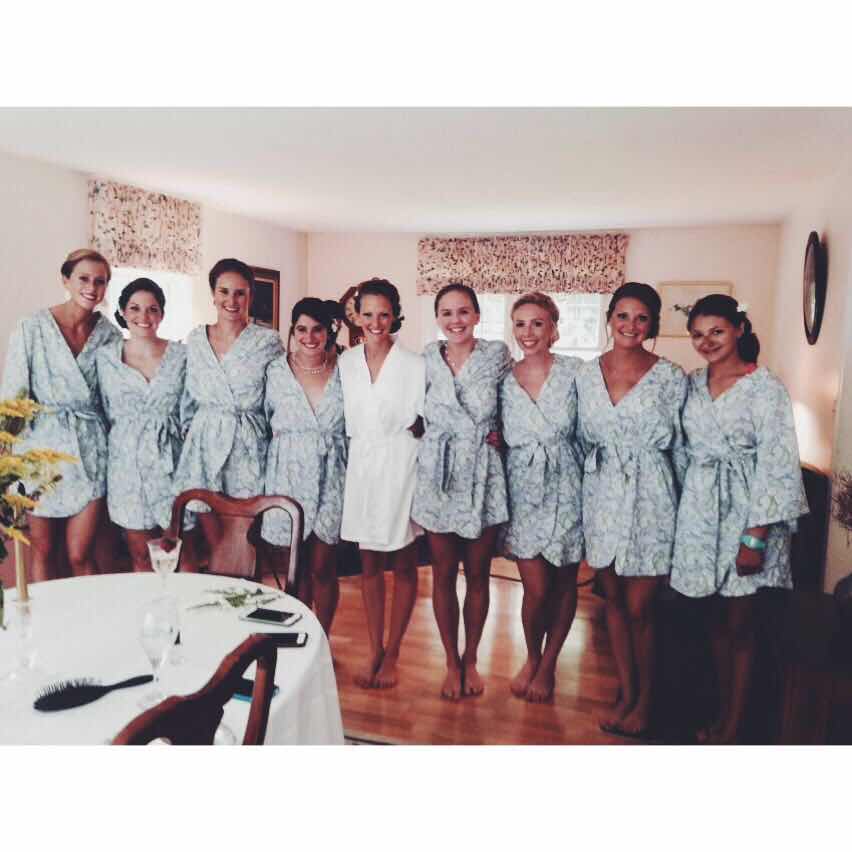 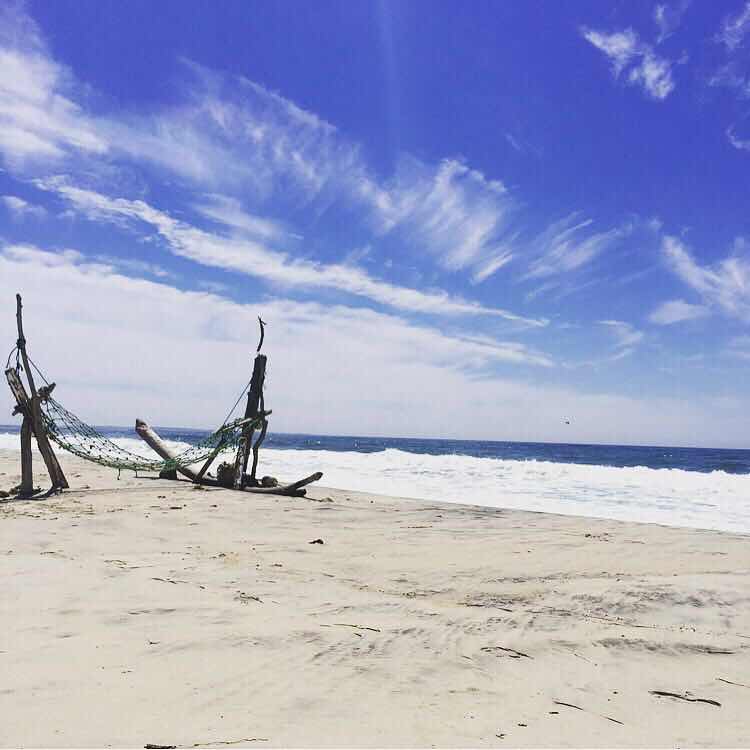 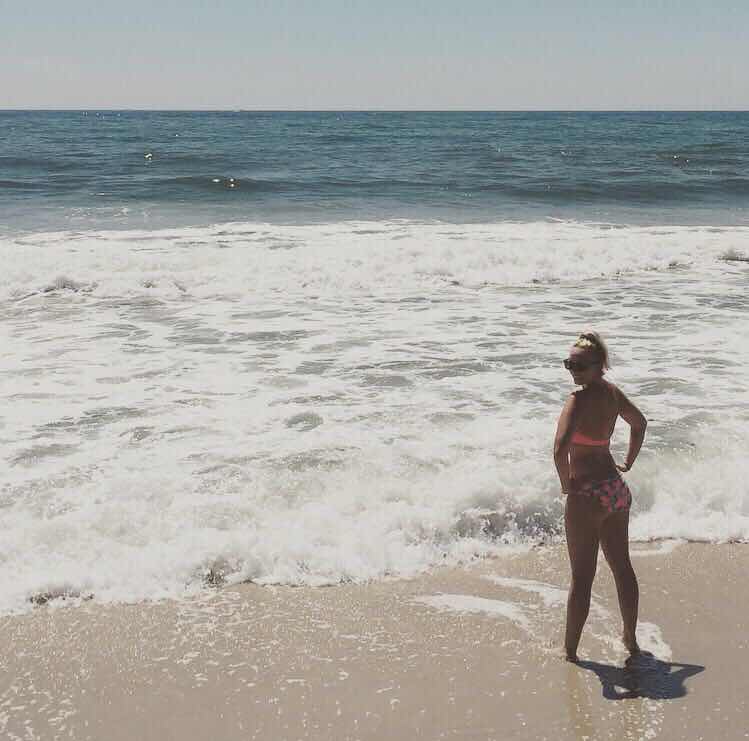 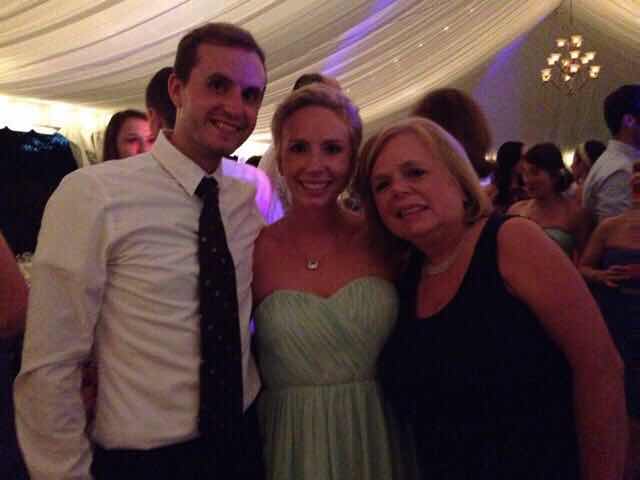 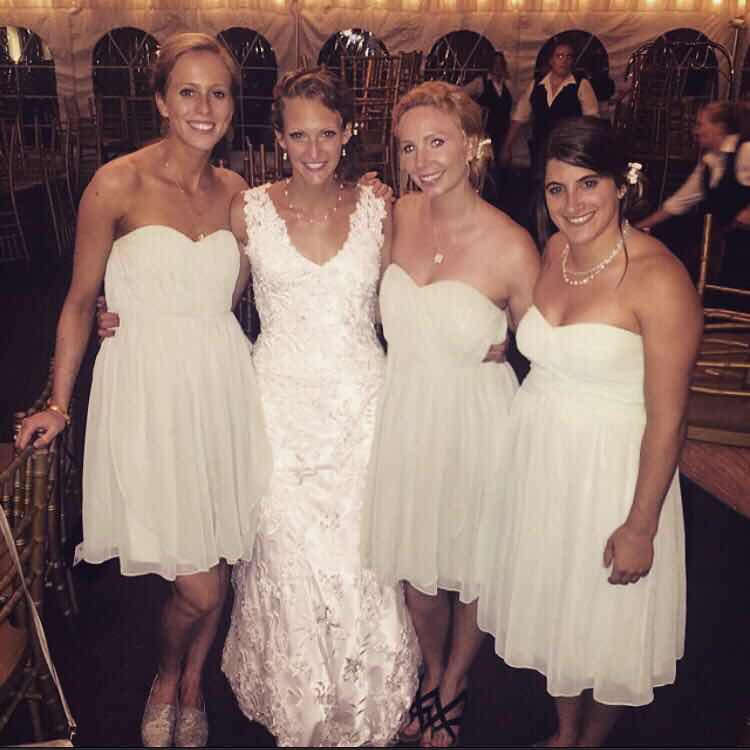 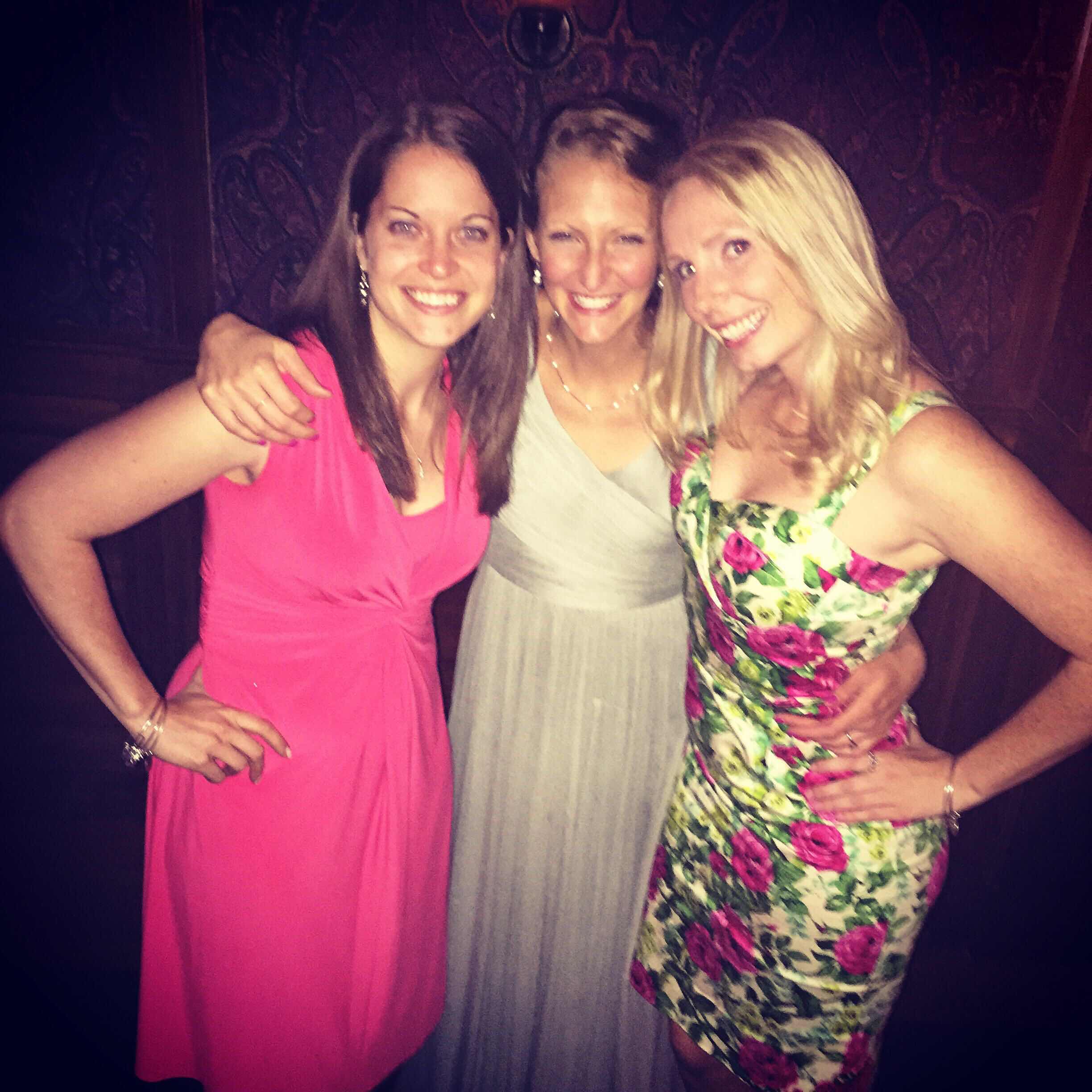 i dont even know what to say.

two weeks ago today we went to trivia night at red lion. my brother has just come in from his trip cross country that day. we met drake, janet and chelsea. did trivia. stayed a bit and drank. julie found a hot guy and went up to hang out with him. the rest of us just chilled. eventually she said they were going across the street to chacha and we should come. i was sort of on the fence. every time we go to chacha shit ends up hitting the fan.
chelsea wanted to go and it was getting sort of boring at redlion so whatever we all went over there. it got late and boring. and everything was fine though. and we were gonna go back to drakes.
i got slightly annoyed because everyone had come up to me and hugged me bye as if we werent going to drakes. i was like bye, in a slightly annoyed tone to drake. because he was the only one and we were just gonna go home. he ran over and talked to me. i told him but i was like its dumb jsut like say bye at least. and hes like arent u coming to my house? i thought everyone was. and i was like idk i sort of just want to go home. i have work tomorrow. he goes no, just come for like a few minutes. twenty minutes tops!
meanwhile, janet comes driving over yelling LETS GO.
so he gets in the car.
i think nothing of it and we go to drakes..
which clearly we shouldnt have done.

i walked in and janet was immediately pissed at me and rude. and drakes goes why would you say you wont go anywhere janet invites you to only me? i said what? no, ive never ever said that. i said i would prefer to be invited to your HOUSE by you. but i go to things etc that janet invites me too all the time. and he goes oh yeah that makes sense. cool. and walks away.
janet however, didnt listen to what i said and continued to be a bitch. so i said im not dealing with this and went into the bathroom to pee. fully intending to leave after i peed. when i went to pee janet said BYEEEEEE in the bitchest tone ever.
so then i just walked out after peeing.

drake, walks outside and is like where are you going why are you leaving? this then turns into a full 40 minute conversation between drake and i. i told him janet was being rude and he said yeah but shes drunk and we all say things we dont mean when we are drunk. and he said we probably shouldnt even be friends for all the dumb stuff ive said. and i said i know that. im not saying im not going to be her friend im saying were going home because im not going to deal with this right now and be treated this way.
then he turns it into how much he cares about me. and the fact that hes standing outside with me while shes inside. and blah blah. he cares so much.
and i said okay. but im still going home now. not forever. just now.
and i start to walk away. and he goes but i still dont really get why. and i said "because your girlfriend is a cunt."

yea. i said that word for word. and she ran out and tried to attack me. of course drake grabbed her and she didnt get anywhere near me at all. and julie pushed me over so she could protect me if need be but legit WTF janet.
im sure she wasnt pleased that drake was outside with me while she was being a dramatic bitch. but in what world is it okay to try tohurt someone? sorry your boyfriend cares about me. are you new here?
shows her age.

basically. since then. i took a few days to not speak to her. ive talked to drake of course. and she apologized. but its very fake and forced. she texts me everyday but its the not the same and shes cold. im actually over that she tried to beat me up because she IS 20. but i think her plan is to try to get me out of drakes life actually and make it look like im crazy.
but thats not happening. drake is one of my best friends. he has been for like 4 years now. he knows i am one of the few people who actually care about him and wouldnt screw him over.
so, shes messing with the wrong person. but i get it. shes unhappy. however, at this point i am not going to tolerate it.
nobody is falling for that nice little girl shit anymore.
nobody.

she is trying to methodically ruin me and drakes friendship and thats just not happening. i wont let it happen.
i know everyone that is important to him. i know too much about their relationship. and i know WAY too much about him. and I know WAY to much about her. its easy actually.
and the thing is. i am NOT this person. but i have been nothing but nice. i am having a very hard time dealing with this.

i am dealing with a similar situation at work. i dont know why all of a sudden life is throwing all this shit at me. it makes me feel terrible but i also just KNOW ive done nothing wrong so? WHY?????
ali has been blatenly leaving me out at work and i have told her many times. but its been too long and she hasnt changed and shes supposed to be my friend. but shes ditched me in the past when we had official plans made. and this is more than once. so either shes totally selfish or just doesnt like me that much. either way. i dont deserve it.
so i told her to cut the shit and stop pretending to like me.

so. its been going well.
and ive basically done nothing with my life for the past month.

I really really hate my father.

OMG you guys.
I really don't know how I'm going to deal with this.

I am not sure if I've ever felt so low.

Enough of this 9-5 bullshit.

Where do I start?

it really is a small world....

or maybe hollywood is just a small world of its own.